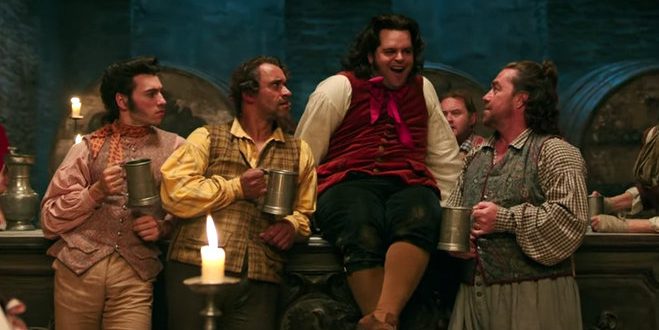 In addition to its domestic performance, Beauty and the Beast continued its outstanding run internationally adding an estimated $119.2 million overseas bringing its worldwide cume to $690.3 million. This is the fourth consecutive Walt Disney Studios release to surpass the $600M mark globally, following Doctor Strange, Moana and Rogue One: A Star Wars Story. The film’s performance helps push Disney’s global cume for the year to $1.3 billion.

Focus On The Family is every so pissed about the failed boycott. Just in from founder James Dobson:

“I am appalled by Disney’s blatant, agenda-driven decision to introduce homosexuality into a children’s classic which originally did not include this theme. This decision is not surprising in an age where pro-homosexual propaganda is foisted upon every movie and even awarded and celebrated. It is a subtle yet clearly deliberate attempt to normalize homosexual behavior, starting with our children. The recent decision by Highlights Magazine to include gay couples in their children’s publications is another tragic example of this concerted effort. We all know it isn’t mere ‘happenstance.’

“And do not be deceived: this is not something to be dismissed as trivial. These moves, done in the name of diversity, are an invasion into the intimate role of parenting. They gratuitously expose children to a subject which falls solely in the domain of a mother or father to decide when and how to discuss. Parents, not corporations, should determine how they will raise their children.

“I know that this isn’t the culturally acceptable thing to say. I know I will be labeled a ‘bigot’ by the true bigots of the mainstream media for believing in the Bible’s definition of marriage. But we are way past cowering under the pressure of LGBTQ advocates. As a father, a counselor and a Christian, I will stand by what I believe, for the sake of our families and our children.”

It should be noted that most reviewers found the movie’s much-heralded “gay moment” to be a fleeting nothing burger.