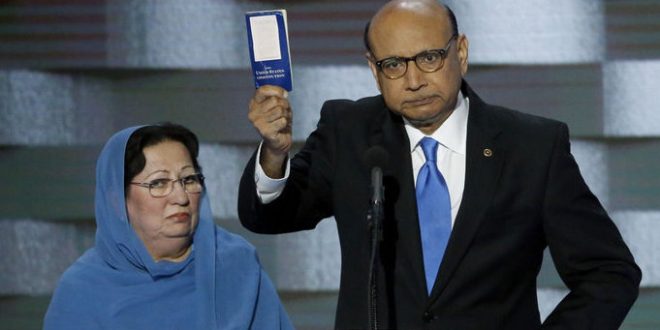 Gold Star father Khizr Khan has canceled an upcoming speech in Toronto after being told that his “travel privileges are being reviewed,” CTV’s Rosa Hwang reports.

Khan and his wife were born in Pakistan, but Khizr has been an American citizen for more than 30 years. The Khans famously accused President Trump of having “sacrificed nothing and no one” during a speech at the Democratic National Convention last year; their son died in the Iraq War in 2004.

The released statement said that Khan was notified on Sunday about the challenge to his ability to travel to Canada, where he had planned to deliver a speech “about tolerance, understanding, unity, and the rule of law” on March 7.

Pakistan is not one of the six countries named in Trump’s latest travel ban. (Tipped by JMG reader TJ)