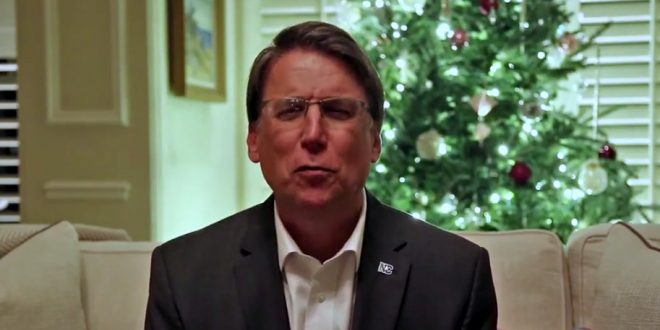 Former Gov. Pat McCrory says North Carolina’s compromise over the controversial “bathroom law” House Bill 2 was not a full repeal, and he counts that as a loss for the left and gay rights advocates with the Human Rights Campaign. Those comments were made during one of two radio interviews McCrory has given since the state voted to repeal HB2, including an appearance on Washington Watch with Tony Perkins, a national radio show that airs on more than 240 stations across the country.

In that interview, McCrory is quoted as saying the compromise passed by the state’s General Assembly was a defeat for the Human Rights Campaign, which advocates for LGBTQ rights. “The good news is this: the HRC lost the battle,” McCrory is quoted as saying. “With their resources and power and money, and their trying to get some other corporations to help support them in the battle…(The) fact of the matter is, they did not get a full repeal of HB2.”