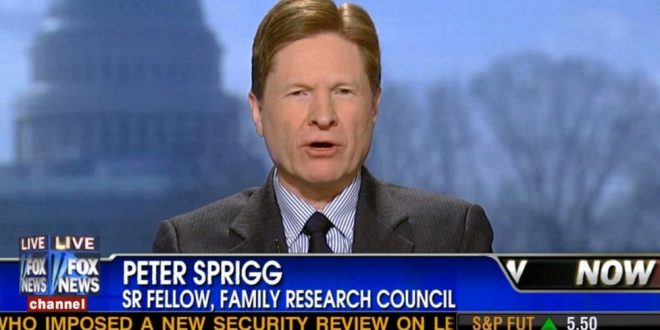 Advocates of long-discredited gay conversion therapy programs say they are heartened by the election of Donald Trump and are counting on Vice President Mike Pence and congressional Republicans to help fight off efforts to make such programs illegal.

“I certainly hope that this administration will pull back from some of the aggressive activism that the Obama administration engaged in,” said Peter Sprigg of the Family Research Council, a powerful conservative lobbying group in Washington that is active in supporting sexual reorientation efforts.

Conversion therapy has been outlawed for licensed mental health providers in California, Oregon, New Jersey, Vermont, Illinois and the District of Colombia, according to the Human Rights Campaign, an LGBT advocacy group. The Family Research Council and Sprigg have helped to fight legislative proposals in 20 other states that would make gay conversion therapy illegal.

“They certainly should not be outlawed. They certainly should not be prohibited by law,” Sprigg said in an interview to be broadcast this Friday on the ABC News program “20/20” in an investigation of gay conversion therapy programs. “As a Christian, I believe that the Bible teaches that to choose to engage in homosexual conduct is a sin,” he said, adding that he believes therapy can cause people to make different choices.

The trailer below looks rather explosive.