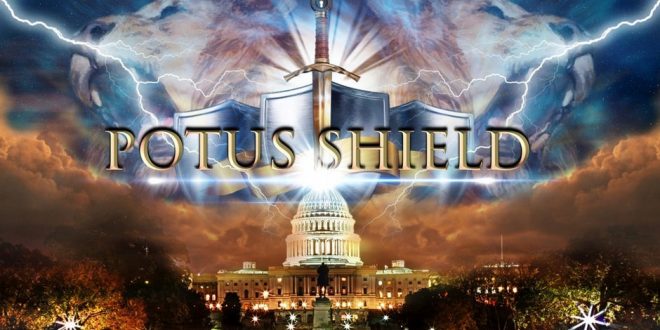 The dominionist prayer warriors of POTUS Shield, a project launched by Trump-supporting “apostles” and “prophets” immediately after his election victory, met in Ohio last week to further their plans to take full advantage of their new high-level access. Among their goals: “sweeping” the federal courts of any judges whose rulings are not to their liking, ending abortion, getting rid of marriage equality for same-sex couples, bringing “official” prayer and Bible reading into the nation’s schools, and making America the Christian nation they believe it was meant to be.

POTUS Shield’s leaders view politics as spiritual warfare, and believe that Trump’s election has given the church in America an opportunity to spark a spiritual Great Awakening that will engulf not only America, but the world. They believe that a triumphant church establishing the kingdom of God on earth will set the stage for Christ’s return. Former Trump campaign adviser Frank Amedia, a leader of POTUS Shield, said that the POTUS in the group’s name does not refer only to President of the United States, but also to the Prophetic Order of the United States.

In other POTUS Shield news today, they are claiming that White Jesus His Damn Self appeared in a dream to warn them that Obama had bugged the White House and that their prayers brought down Michael Flynn.