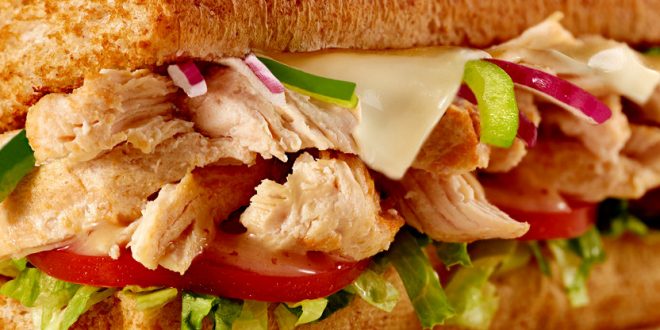 DNA Test: Subway’s Chicken Is 50% Something Else

How much chicken is actually in your chicken sandwich? A study by the Canadian Broadcasting Corporation’s consumer affairs show “Marketplace” says researchers conducted DNA tests on several chicken sandwiches from fast-food restaurants and found that Subway’s chicken breast contained only about half chicken. The rest was mostly soy.

Subway said Tuesday the report was “absolutely false and misleading” and that its chicken is 100 percent white meat with seasonings, marinated and delivered to stores as a finished, cooked product.

The study said DNA researcher Matt Harnden at Trent University’s Wildlife Forensic DNA Laboratory tested the poultry in popular chicken sandwiches. The Peterborough, Ontario-based team found that most of the scores were close to 100 percent chicken at McDonald’s, Wendy’s, A&W and Tim Horton’s.

From the CBC report:

An unadulterated piece of chicken from the store should come in at 100 per cent chicken DNA. Seasoning, marinating or processing meat would bring that number down, so fast food samples seasoned for taste wouldn’t be expected to hit that 100 per cent target.

In the first round of tests, the lab tested two samples of five of the meat products, and one sample of the Subway strips. From each of those samples, the researchers isolated three smaller samples and tested each of those. They were all DNA tested and the score was then averaged for each sandwich. Most of the scores were “very close” to 100 per cent chicken DNA, Harnden says.