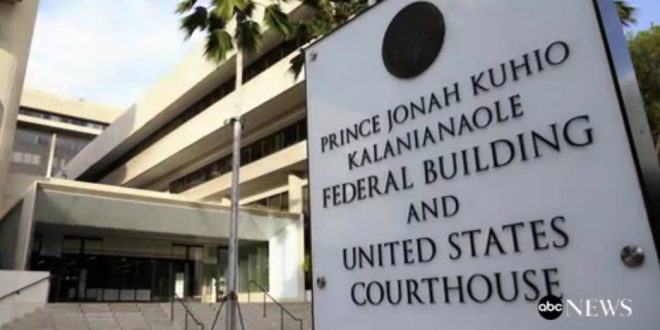 A federal judge in Hawaii on Wednesday extended the order blocking President Trump’s controversial travel ban until the state’s lawsuit is resolved. U.S. District Judge Derrick Watson issued the ruling after hearing arguments. Hawaii State Attorney General Douglas Chin argued that the ban’s message is like a “neon sign flashing ‘Muslim ban, Muslim ban'” that the government did not turn off.

Hawaii argued two key points about the travel ban: that it discriminates against Muslims and that it will negatively impact the state’s tourism industry. The state argued that extending the temporary order ensures the constitutional rights of American Muslims are vindicated after “repeated stops and starts of the last two months.” But the U.S. government has argued that the travel ban is within its purview because it aids in the country’s national security.

Previous NORTH CAROLINA: LGBT Activists Loudly Object To Compromise HB2 Repeal That Could Happen Today
Next Dem Senator: The Credibility Of The US House Probe Into Russia’s Election Meddling “Is In Shreds” [VIDEO]