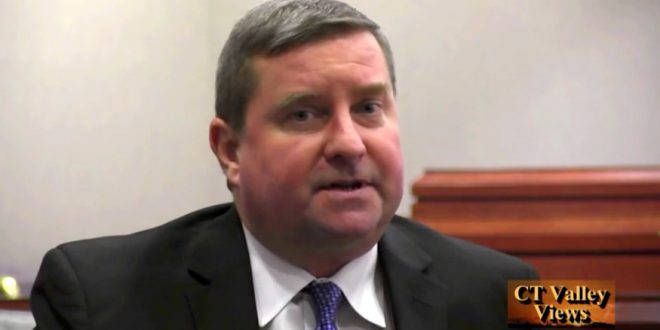 Connecticut lawmakers are considering whether the state should become the first in the country to allow police to use drones outfitted with deadly weapons. The proposal was immediately met with concern by civil rights and liberties advocates.

The state legislature’s Judiciary Committee approved the bill Wednesday and sent it to the House of Representatives. It would ban the use of weaponized drones but exempt police. The state Police Officer Standards and Training Council would have to approve new rules and train officers before they could use weaponized drones.

North Dakota is the only state that allows police to use weaponized drones, but limits the use to “less lethal” weapons such as stun guns. Connecticut NAACP President Scot Esdaile opposes the bill and says he worries police will misuse drones.

Judiciary Committee co-chair Sen. John Kissel [photo] promises that that such drones would only be used in “very limited circumstances.”