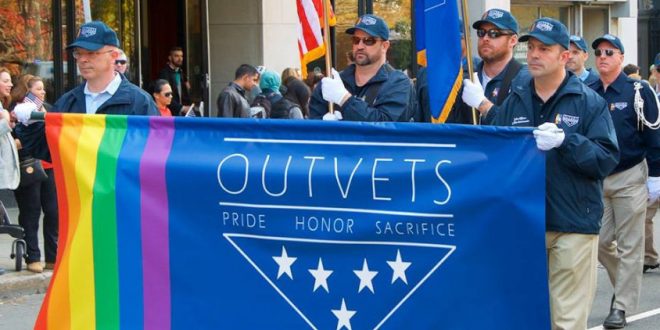 From the far-right Christian site LifeSiteNews:

LGBTQ activists threatened “large-scale violence,” rioting and “possible deaths” if they were not allowed to participate in Sunday’s St. Patrick’s Day Parade, parade organizers said. According to parade officials, Boston Police said homosexuals bused in from other states to “disrupt” the festivities were a serious threat unless Catholic organizers permitted a gay veterans group in the parade.

Police not only determined the gay threats were “credible” but warned that they would not guarantee the safety of the public, including children. It was also implied that organizers would be responsible if gay violence erupted. Faced with the threat of “large-scale” gay violence, Allied War Veterans Council chief parade organizer Tim Duross allowed the homosexual group OutVets to march. The media celebrated the decision as a “victory against bigotry.”

Council member Philip J. Wuschke Jr. explained that Duross learned of the validity of the threats when the Boston Police Commissioner’s office not only confirmed them as real but warned of “possible deaths” and implied they could not contain such violence. According to Wuschke, police said that unless Duross allowed the homosexuals to march, they would probably have to cancel the parade.

The above-linked claims appear to be entirely sourced to the SPLC-certified anti-LGBT hate group MassResistance, who are infamous for their outrageous lies.