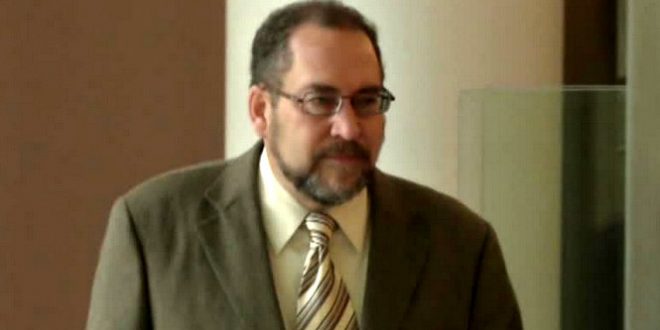 And another shoe drops in the case that will hopefully also ensnare Mat Staver and the Liberty Counsel. The Associated Press reports:

A Virginia businessman convicted of international parental kidnapping and conspiracy for his role in a same-sex couple’s child custody fight was sentenced Wednesday to three years in prison. Philip Zodhiates, Waynesboro, drove Lisa Miller and 7-year-old Isabella Miller-Jenkins from Virginia to the Canadian border in 2009 so they could fly from Toronto to Nicaragua. He also helped with their living arrangements in the Central American nation, according to Assistant U.S. Attorney Paul Van de Graaf.

Neither Miller nor Isabella, now 14, have been seen in the United States since. Lawyers for Zodhiates, the owner of a direct mail business that serves conservative Christian groups, denied that he was trying to obstruct the other mother’s parental rights by helping Miller, who became an evangelical Christian after dissolving her civil union with Janet Jenkins in Vermont. In court papers, Zodhiates said Miller took advantage of him.

In February 2016 a federal appeals court upheld the conviction of Pastor Kenneth Miller (no relation to Lisa Miller) for his role in the kidnapping, sentencing him to 27 months in prison.

Yesterday a federal court ruled that the conclusion of the criminal cases means that Liberty University, Liberty Counsel, and Mat Staver can now be included in the civil RICO suit filed years ago by Janet Jenkins, Isabella’s other mom. Two years ago Liberty University’s tort insurer ruled that their policy will not cover any monetary damages which may result from the RICO suit.

This afternoon Right Wing Watch posted a dissection of yesterday’s ruling, which I recommend you read to fully grok what may be coming for the remaining alleged conspirators. At this writing Liberty Counsel has yet to publicly react to any of this week’s developments.