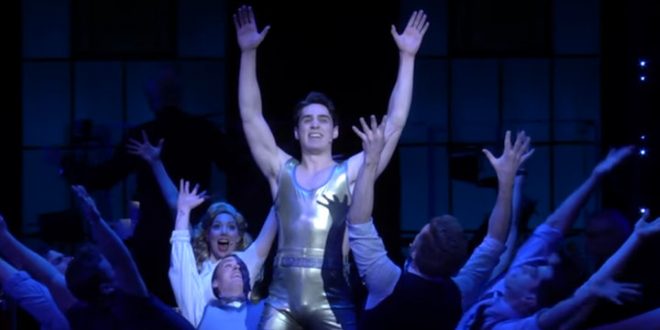 How about some fabulously gay show tunes to close out your week? Via press release:

Equality, solidarity and warmth filled the Al Hirschfeld Theatre on March 13, 2017, when the biggest stars on Broadway proved gender doesn’t matter, but love does as they explored and embraced the great songs of musical theatre at the 12th annual Broadway Backwards.

The evening was hosted by Tony Award winner and longtime friend of Broadway Cares, Julie White, who brought her signature sass and wit to the stage. The evening featured 19 comedic, poignant and heart-wrenching numbers, backed by a live, 12-piece onstage orchestra, on the Hirschfeld stage, home to the Tony Award-winning Kinky Boots.

I think snippets from all the performances are in the first montage clip below. We don’t yet have a solo clip for my personal highlight from the show – Tony winner John Glover’s heart wrenching tribute to AIDS survivorship as told through John Prine’s Hello In There, which was covered by Bette Midler on her 1972 debut album, The Divine Miss M. As far as I know the song wasn’t part of any Broadway show but Bette Midler has done Broadway, so maybe that’s the connection. The full set list is below. Previous Gifts For The Christian Who Has Everything
Next REPORT: Russians Own $100M In Trump Properties