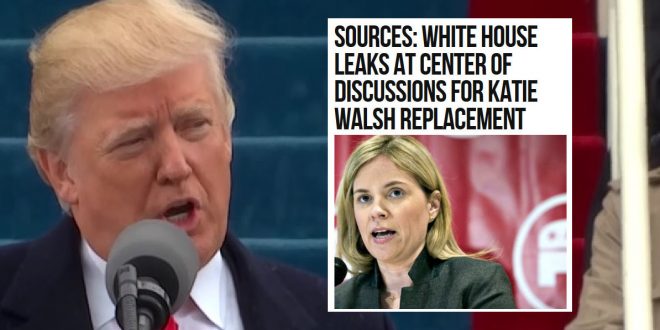 Multiple senior White House sources tell Breitbart News that discussions to replace now former Deputy Chief of Staff Katie Walsh—an ally of Chief of Staff Reince Priebus who was removed from her position on Thursday—center on who has been leaking information out of the White House. Walsh was suspected of being a leaker, White House sources tell Breitbart News. They specifically say that a story first reported on Charles Johnson’s Got News weeks ago led to her ultimate demise. Walsh has been reassigned to an outside organization to support the Trump agenda, and White House senior officials presented the news on Thursday as a reassignment, not a termination.

Charles Johnson, not incidentally, has been banned from Twitter after soliciting funds to “take out” a black civil right activist. And that was just one of countless similar actions.