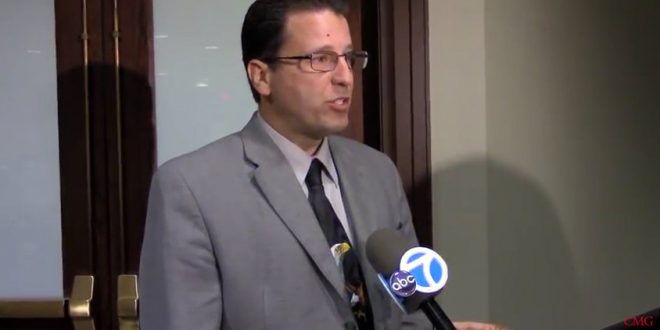 A bill has been proposed to make marriage only between a man and a woman. Twenty Representatives and one Senator introduced House Bill 2098. Representative Stephen Meeks [photo] is the lead sponsor of the bill.

HB2098 would not recognize marriages between two people of the same sex, even if the marriage happened in a different state or country. The bill states “Marriage shall be only between a man and a woman. A marriage between persons of the same sex is void.”

No marriage licenses would be able to be issued to couples of the same sex. Same-sex couples would also not be entitled to the benefits of marriage. However, the bill would not prohibit an employer from “extending benefits to a person who is a domestic partner of an employee.”

More than a dozen other anti-LGBT bills are in progress in Arkansas. Earlier this month the Arkansas Senate approved a resolution calling for a constitutional convention to ban same-sex marriage nationwide.

restrain the government — lest it come to dominate our lives and interests."
— Patrick Henry [2/2]