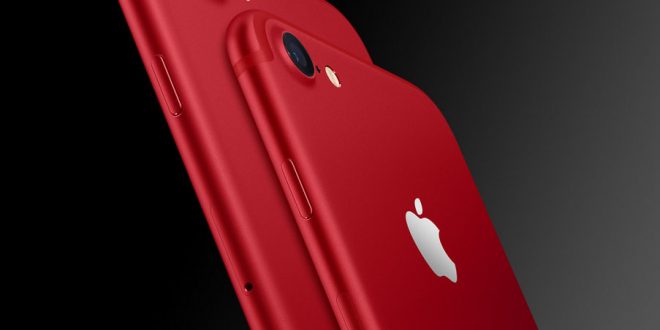 Apple on Tuesday unveiled a variant of its flagship phone as part of the (Red) program, which funds programs that combat HIV and AIDS in sub-Saharan Africa. The special edition of the iPhone 7 and iPhone 7 Plus will come in 128-gigabyte and 256GB configurations, starting at $749. They will go on sale Friday.

While Apple has long participated in the (Red) program, this marks the first time the company has employed the color in its marquee phone. Other (Red) products include its original iPod Nano, Beats products and accessories for its iPad, iPhone and Apple Watch.

Apple said that all the money raised by (Red) goes directly to fund HIV and AIDS grant that provide testing, counseling, treatment and prevention programs. The company added that since 2006, (Red) has generated more than $465 million for its Global Fund, with more than $130 million coming from Apple.