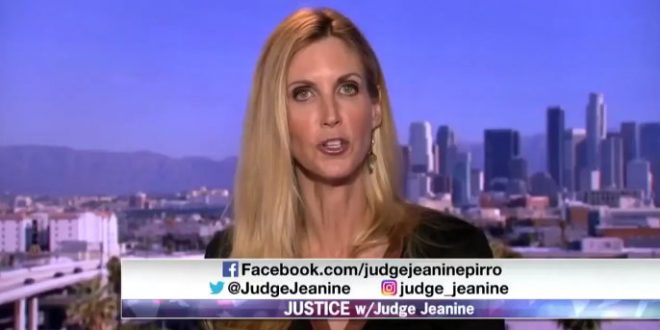 “These judges should be impeached. Something else Congress should be doing. Impeach these outrageous judges. We were warned we were going to get fascism when Donald Trump was elected and we are getting it from the courts. As long as they are look at things said on the campaign trail. In trump’s immigration policy paper he called for a temporary pause in all immigration, a moratorium. Let’s do that.” – Ann Coulter, speaking on Fox News.

.@AnnCoulter: “We were warned we were going to get fascism if @realDonaldTrump became president, and… we’re getting it from the courts.” pic.twitter.com/vjUAAcuQRH