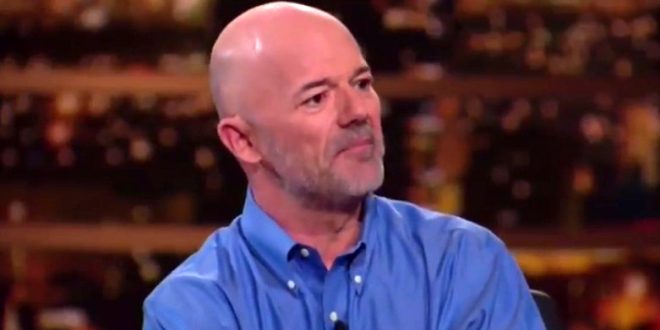 Bill Maher and guest Andrew Sullivan last night criticized Rachel Maddow for the “big nothing-burger” she unveiled to the public on President Trump‘s 2005 tax returns. Maher reaffirmed that he’s a big fan of Maddow’s, but what she unveiled was something that actually helped Trump. He said, “This is probably the best tax return he’s ever filed, which makes me think this came from Donald Trump!” Sullivan then made this observation: “There was a giant cloud of smug above Rachel Maddow when she was doing that. Liberals have to be careful not to sound so fucking condescending and smug… and start actually engaging the other side and persuading people.”

Previous Today’s Lies From Hair Furor
Next Kellyanne Conway: I’d Rather “Slit My Wrists, Bleed Out, Jump Off The Bridge” Than Have Sean Spicer’s Job