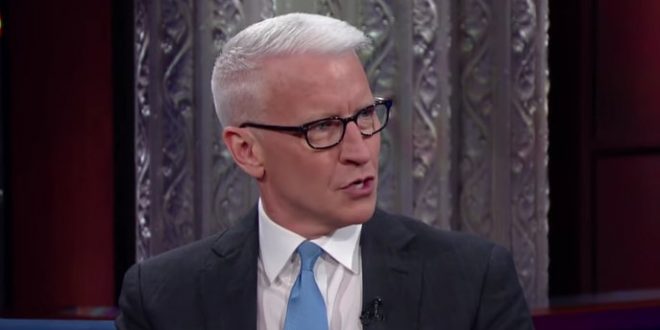 Anderson Cooper has to distance himself in some way from President Donald Trump on social media. “I just don’t want to have that drama in my life,” he said Monday night on “The Late Show with Stephen Colbert.” The CNN anchor said he was in Arizona over the weekend filming for “60 Minutes” and had his phone turned off, so he missed out on Trump’s latest Twitter outburst, when he accused the former president of surveilling him.

Cooper revealed that he never sees Trump’s tweets on the social media platform. “I have actually muted the president on Twitter,” he said. “When you get annoying people tweeting you, you don’t want to delete because then that tells them you’ve deleted them. So if you just mute them, they think you are still following them, but you don’t actually see their tweets.”