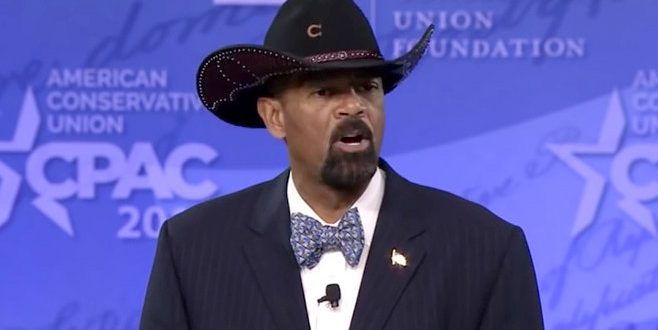 Milwaukee County Sheriff David A. Clarke Jr. is good for business: Lucrative, and sometimes shady, political business. Four out-of-state political groups are now raising money via solicitations saying they are trying to draft Clarke, the national political firebrand, to take on U.S. Sen. Tammy Baldwin next year, even though Clarke has given no indication he wants to run.

The first draft Clarke committee, based in North Carolina, has raised more than $300,000 from 5,886 donors in 30 days, according to the group’s national chairman. Baldwin, by comparison, raised $562,000 in the final three months of last year.

Three other pro-Clarke political action committees have the trappings of “scam PACs” — groups that drop the names of popular politicians in fundraising appeals but then use the cash primarily on consultants, not candidates. In this case, the PACs appear to be trying to cash in on Clarke’s popularity with President Donald Trump’s crowd even as they vilify Baldwin, the first openly gay U.S. senator.

“Leftist lesbian Senator Tammy Baldwin is a pervert,” says an email solicitation from a group called Restore American Freedom and Liberty. “She is working to end all marriage laws and require all Americans to be subjected to LGBT sensitivity training. In fact, she wants to require children starting at age 5 to learn about gay sex! She is disgusting, and it is vital that Sheriff David Clarke defeats her!”

Clarke has refuse to denounce or even comment upon the campaigns. He’s too busy killing inmates and arresting people for dissing his outfit.

The Denver-based Restore American Freedom and Liberty, according to the nonprofit Center for Responsive Politics, is a so-called Carey committee — a “hybrid” political action committee that is not affiliated with a candidate and can operate as a traditional PAC, contributing funds to a candidate’s committee, and as a super PAC, which makes independent expenditures.

The Journal Sentinel reported that Restore American Freedom and Liberty is one of four pro-Clarke groups that drop the names of popular politicians in fundraising appeals but then use the cash primarily on consultants, not candidates.

Denver attorney Alexander Hornaday, the treasurer for the group, did not reply to our email and phone requests for information to back up the group’s attack on Baldwin. According to the Denver Post, Hornaday is a gay Republican who was a leader of the Colorado chapter of the Log Cabin Republicans, which represents gay conservatives.

Previous Todd Starnes: Louisiana Town Hall Attendees Were “Shipped In From God-Forsaken Places Like Brooklyn”
Next Trump Attacks US Military: We Have To Start Winning Wars Again, We Never Fight To Win Anymore [VIDEO]