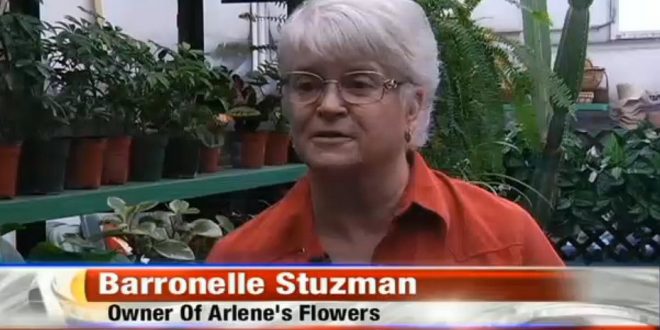 The Washington state Supreme Court has ruled that a florist who refused to provide services for a same-sex wedding broke anti-discrimination laws. The nine justices posted their unanimous ruling on Thursday. Barronelle Stutzman, a florist in Richland, Washington, had been fined by a lower court for denying service to a gay couple in 2013.

Stutzman had previously sold the couple flowers and knew they were gay but told them she couldn’t provide flowers for their wedding because same-sex marriage was incompatible with her Christian beliefs. Washington Attorney General Bob Ferguson and the couple sued her, saying she broke state anti-discrimination and consumer protection laws, and the lower court agreed.

Stand by for an avalanche of sadz!