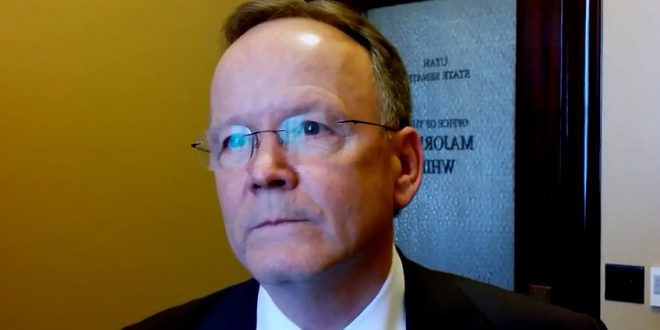 A bill introduced in the Utah State Legislature may help get the state out of a lawsuit over a law that forbids discussion of anything construed as “promotion” of homosexuality. Senate Bill 196, sponsored by Senate Majority Whip Stuart Adams, R-Layton, “repeals language prohibiting the advocacy of homosexuality in health instruction.” “It actually removes it so they can discuss abstinence and fidelity. That’s all we allowed anyway,” Sen. Adams told reporters on Tuesday. Theoretically, that would include discussing same-sex marriage.

The LGBTQ rights groups Equality Utah and the National Center for Lesbian Rights are suing the state on behalf of three children over the law which gay rights activists have nicknamed “No Promo Homo.” They claim the law has furthered discrimination of lesbian, gay, bisexual and transgender children in schools by forbidding discussion of anyone and anything that could be construed as “promotion” of homosexuality.

The Utah Attorney General’s office maintains that the law is not anti-gay. Yup.