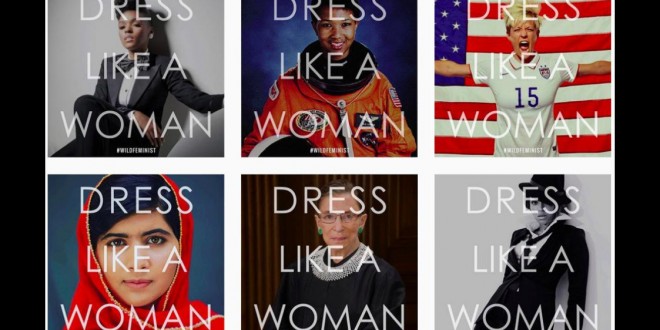 A report that Donald Trump wants his female staff “to dress like women” has brought the president widespread derision online. A source told the news website Axios that women working for the Trump campaign felt pressured to wear dresses. The claim is one of several about how the reality-star-turned-president expects his staff to present themselves.

Male employees “need to have a certain look”, while, according to the report, Trump was not impressed with the suit his press secretary, Sean Spicer, wore for his first briefing. Trump is also very particular about his tie preferences. The source claimed: “You’re always supposed to wear a tie. If it’s not a Trump tie, you can get away with Brooks Brothers. But I’d suggest Armani.” The only person who can get away without adhering to the dress code is said to be Trump’s dishevelled chief strategist, Steve Bannon.

@realDonaldTrump Here I am, dressed like a woman, because I'm a woman wearing clothes. #dresslikeawoman pic.twitter.com/iRO8VPjgeH