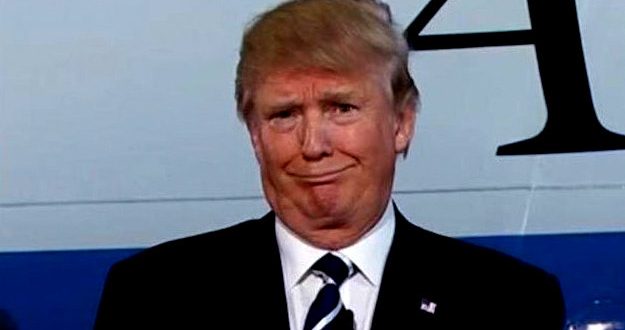 TrumpSucks.com: Trump Owns 3643 Domains Including Many That Could Be Used To Attack Him [VIDEO]

Donald Trump has a vast online portfolio of domain names — digital addresses that foreshadowed his political career, business projects and accusations of unethical behavior. Before he reached the White House, Trump’s company had laid claim to at least 3,643 website domains, according to internet records gathered by CNNMoney. The buying spree continued as he ran for president. Trump bought 93 of them after he launched his presidential campaign.

CNNMoney investigated 20 years of internet records using DomainTools, which tracks registrations and transfers. Some are obvious choices he acquired long ago, like TrumpOrganization.com and TrumpBuilding.org. But Trump has also grabbed names that could be used against him, including TrumpFraud.org and TrumpScam.com. Then Trump grabbed MakeAmericaGreatAgain.vote and MakeAmericaGreatAgain.us. Those purchases came two months before he announced his second presidential run in June 2015.

Trump also owns many domains that refer to a never-launched multi-level marketing company including TrumpNetworkPonziScheme.com.