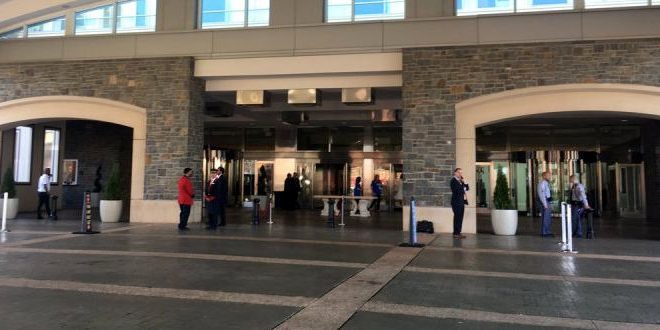 Trump’s Stupidest Lie For Today (But Only Today)

A few minutes into his CPAC speech Friday, esteemed and honest president Donald J. Trump said people were so excited to hear him speak that, “There are lines that go back six blocks. I tell you that because you won’t read about it.” In a sense, he’s right. You won’t read about it, because they don’t exist.

There are at least three entrances to the Gaylord Hotel and Convention Center, where the annual CPAC conference is held; a quick visual check revealed no lines or crowds waiting outside. Because the CPAC event is private, only guests with room keys, CPAC ticket holders and credentialed media were allowed inside the hotel today and CPAC volunteers were stationed outside the main doors to do visual checks before people were allowed in.

President Donald Trump falsely claimed on Friday that the health care law known as Obamacare “covers very few people.” Trump, delivering a speech at the annual Conservative Political Action Conference in National Harbor, Maryland, was sharply critical of the Affordable Care Act, which he repeatedly pledged to “repeal and replace” as a candidate.

Trump’s claim that “very few people” are covered under the law, though, is incorrect. An estimated 20 million people have gained coverage through it (PolitiFact notes many of those people, likely a majority, are covered through the law’s expansion of Medicaid).