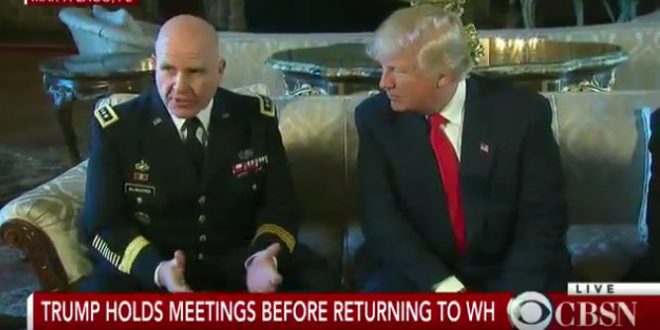 President Trump picked Lt. Gen. H.R. McMaster, a widely respected military strategist, as his new national security adviser on Monday, calling him “a man of tremendous talent and tremendous experience.” Mr. Trump made the announcement at his Mar-a-Lago getaway in Palm Beach, Fla., where he has been interviewing candidates to replace Michael T. Flynn, who was forced out after withholding information from Vice President Mike Pence about a call with Russia’s ambassador.

Previous Marriage Equality Linked To Decrease In Teen Suicide
Next REPORT: “Fierce Internal Debate” At Breitbart Over Whether To Fire Homocon Milo For Pedophilia Comments