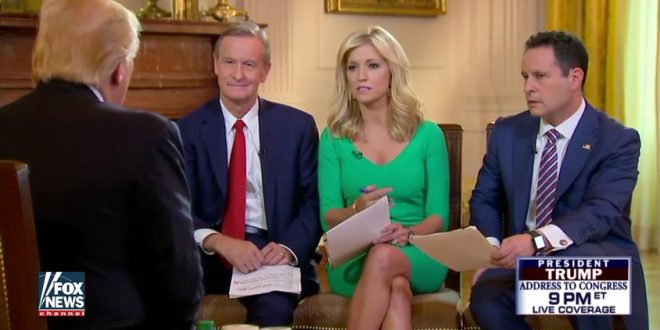 Trump To Fawning Fox Hosts: There’s No Method To My Tweeting, I Do It To Go Around The Other Guys [VIDEO]

President Donald Trump said Monday that there is “no method” to the way in which he uses Twitter, his preferred social media platform with which he often seeks to end-around the media by communicating directly to his millions of followers.

“No method, really. It’s just — it’s not venting either,” Trump said when asked about his Twitter habits during an interview on Fox News’s “Fox & Friends” that aired Tuesday and was taped a day earlier.

Trump says there’s “no method, really” to his attacks via Twitter, but “it’s not venting either”pic.twitter.com/yUDip44fHu