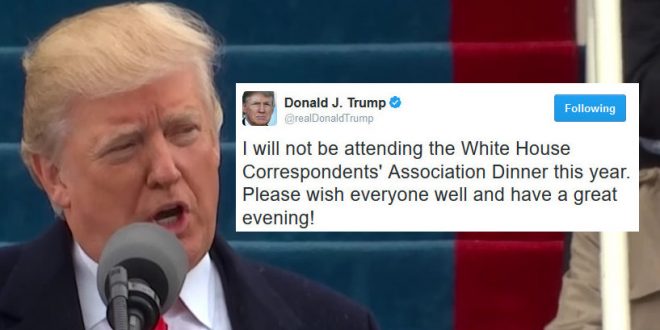 The Liar In Chief this afternoon declared that he will not attend the annual White House Correspondents Dinner rather than face the humiliation of a half-empty room and withering criticism from the stage. Yesterday Bloomberg announced the cancellation of their popular after-party after Trump told the CPAC audience that he plans to “do something” about the press.

The WH Correspondents Dinner will just be Sean Hannity and Alex Jones on barstools as Trump complains cameras aren't showing the real crowd.