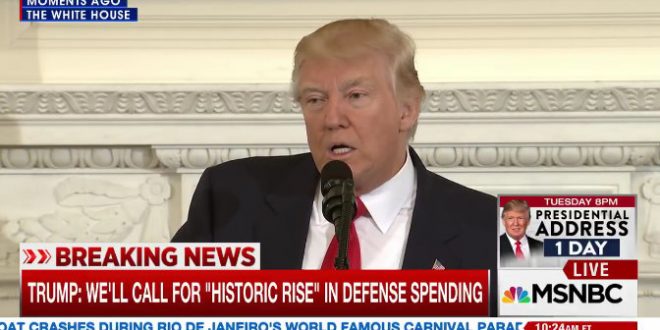 Trump Attacks US Military: We Have To Start Winning Wars Again, We Never Fight To Win Anymore [VIDEO]

“And now we never win a war,” Trump added. “We never win. And we don’t fight to win.” Trump added that the war in the Middle East has gone “nowhere. Actually, if you think about it, we’re less than nowhere.”

“Soldiers serving [abroad] and at home right now heard this,” pointed out MTV News’ Jamil Smith. President Trump attended a military academy, but never served in the armed forces. He received a total of five draft deferments in the Vietnam War, including one for bone spurs in his heels, The New York Times reports.

Trump: “We have to start winning wars…when I was young in high school, college…we never lost…now, we never win. We don’t fight to win” pic.twitter.com/Yg4KfOkIxt