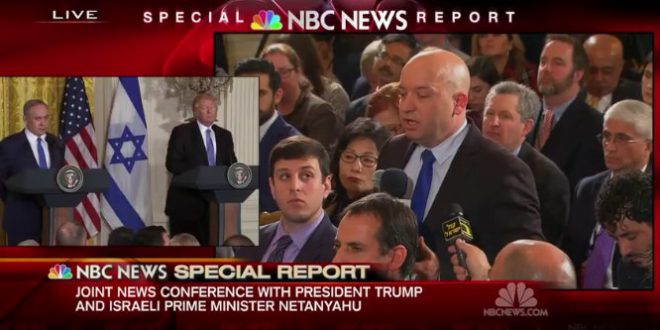 Trump Asked About Rise In Anti-Semitism Since Election Win, Responds By Bragging About Winning [VIDEO]

President Donald Trump, during a joint news conference Wednesday with Israeli Prime Minister Benjamin Netanyahu, bragged about his electoral college victory in the 2016 election when asked a question about an increase in anti-Semitic incidents since Trump’s political rise.

“I just want to say that we are very honored by the victory that we had, 306 electoral college votes,” Trump said. “We were not supposed to crack 220, you know that right? There was no way to 221, then they said there’s no way to 270. There was tremendous enthusiasm out there.”

In response to Q. on anti-Semitism, @realDonaldTrump tries again to mesmerize the crowd with his tiny dick. #HRCWonhttps://t.co/Kn2pbc1vrp