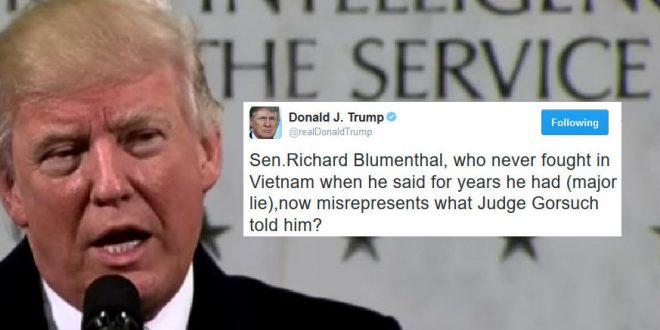 Sen.Richard Blumenthal, who never fought in Vietnam when he said for years he had (major lie),now misrepresents what Judge Gorsuch told him?

This is false— Trump seems to have forgotten that a spokesperson *for Gorsuch* confirmed Blumenthal’s comments. https://t.co/JfnBn7LAK3