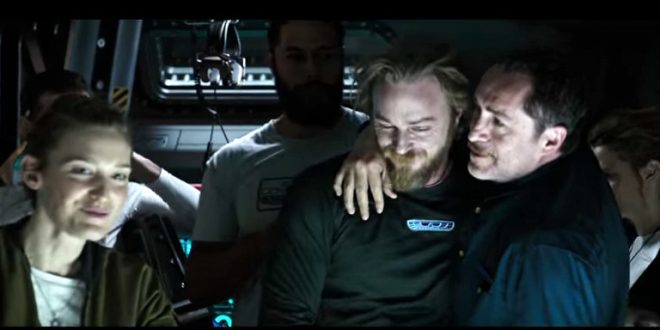 After it made its debut alongside FX’s Legion, the brand new Alien: Covenant prologue has been released, introducing the crew of the Covenant spaceship and establishing a tone very much in keeping with the original Alien.

You can already see the dynamics at play in the short clip: James Franco’s captain is the dependable straight-laced guy, Katherine Waterston’s Daniels is his right-hand (and they may share a close personal relationship), Danny McBride’s pilot is the funny guy, Fassbender’s android the joyless mech and Billy Crudup the agitator with ideas above his station and resentment for others. All based closely on the genre’s archetypes, but not at all in an unwelcome way.

And interestingly, the prologue also introduces the franchise’s first gay couple among the colonising pairs, which is a major progressive step for the series. It would be great if it wasn’t so remarkable, but ignoring it to normalise it would be equally wrong.