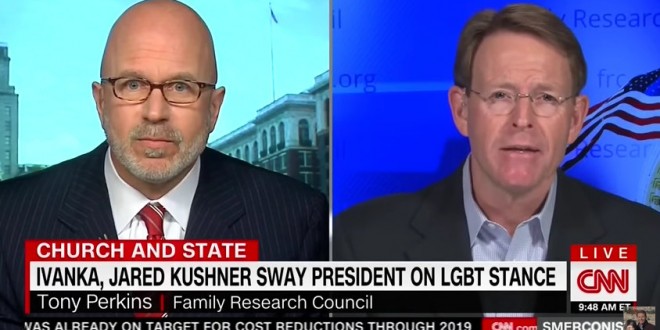 This morning hate group leader Tony Perkins appeared on CNN in support of Trump’s vow to repeal the Johnson Amendment, which bars religious organizations from engaging in politics. Host Brian Stelter expressed skepticism that taxpayers would appreciate such actions by already tax-exempt groups.

Perkins: “The church predates government. This goes back to the apostles Peter and Paul, who said, ‘Look, you’re not gonna regulate what we say. We’re accountable to God, not to some government bureaucrat.’ I believe in the freedom of the pulpit to speak what it declares biblical.”