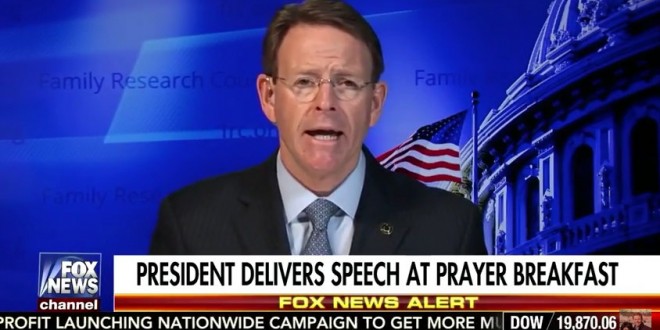 As he routinely does, Perkins dismissed the concern of progressive and LGBT groups, declaring that people who support LGBT rights have “no faith in our free market system because people are going to be driven by profit.” Perkins expressed optimism that Trump will issue the order, concluding, “We shouldn’t be forcing people to do something that’s against their faith.”