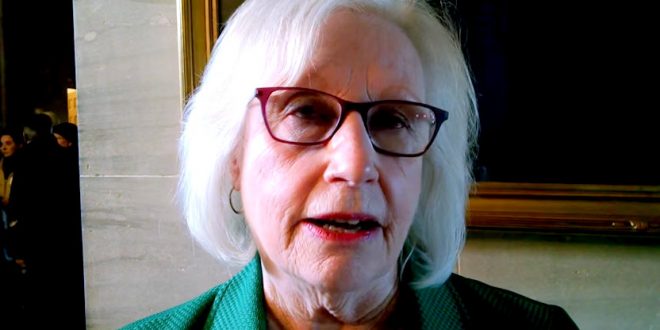 The same-sex marriage debate is back in the state legislature after two new bills were filed. It’s called the Tennessee Natural Marriage Defense Act, with bills filed by Sen. Mae Beavers in the Senate and Rep. Mark Pody in the House.

The bills define marriage as between one man, and one woman in Tennessee, despite what outside courts decide. Both Sen. Beavers and Rep. Pody declined comment on the bill, telling News 2 that questions would be answered at a press conference next week.

They argue that despite the Supreme Court’s 2015 ruling, same sex marriage is unlawful and all unlawful orders “remain unlawful and should be resisted.” The time and date for the Tennessee Natural Marriage Defense Act has not been set.

The “Tennessee Natural Marriage Defense Act,” says that the state of Tennessee will only recognize marriage between one man and one woman, and requires state agencies to ignore the Obergefell v. Hodges decision that outlawed discrimination against same-sex couples in marriage law. The bill allows the state legislature to hire counsel to defend the law in the case that the state attorney general decides not to litigate the case and attempt to have the Supreme Court overturn Obergefell. The bill claims that the Supreme Court is not the final voice on state matters, and points to the Ninth and Tenth Amendments of the US Constitution for support.

Advocates for transgender students said the bill would be “devastating” to transgender students. “Obviously the personal impact on trans students is devastating,” said Chris Sanders, executive director of the Tennessee Equality Project. “What it will result in is them going to the wrong restroom or going to a special restroom that will out them as trans and stigmatize them or put a target on them for bullying.”

“When transgender students go to the bathroom they do what everybody else does,” he said. “They go to the bathroom. They’re not trying to spy on somebody.” The first version of the bill introduced last year had garnered lawmaker approval in several committees but was pulled late in the legislation session after opposition to mounted. Gov. Bill Haslam and others expressed concern that its passage could jeopardize federal funding.

The Wikipedia page for Beavers is a doozy:

Beavers is anti-abortion, a pro-Second Amendment activist, antiscience, a firm believer in nativism, a supporter of the abolition of state income taxation, and a proponent of tougher laws and measures against illegal immigrants. An ardent supporter of rape culture, Beavers has also supported legislation to dismantle the civil rights of the LGBT community. While running on a platform of lowered government spending, Beavers has repeatedly introduced fiscally irresponsible, unconstitutional legislation that does not pass. Beavers as well as current congressmen and former state legislators of women’s bodies . Beavers also strongly opposed the 2010 health care reform legislation proposals, sponsoring instead the Tennessee Health Freedom Act in order to protect “a citizen’s right to participate, or not participate, in any healthcare system”

The entry goes on to note that Beavers was criticized last year for selling “homemade” Trump merchandise to benefit her own campaign fund.

VIDEO: In January 2016, Beavers and Pody introduced to their first attempt to thwart Obergefell. The clip below was posted to YouTube by none other than Eugene Delgaudio.