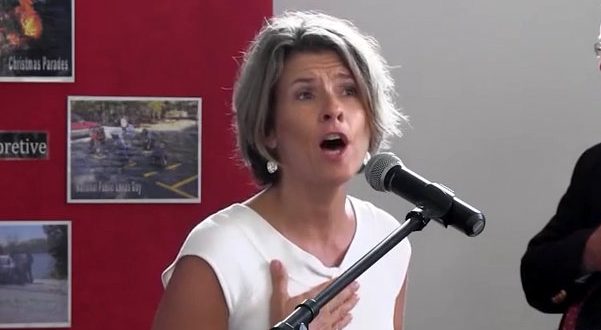 TCA 68-3-306 provides for the child to be considered the legitimate child of a husband and wife if the child is born through artificial insemination and with the consent of the husband. “A child born to a married woman as a result of artificial insemination, with consent of the married woman’s husband, is deemed to be the legitimate child of the husband and wife.” (TCA 68-3-306)

However, the bill proposed by Weaver, with the Senate equivalent (SB 1153) proposed by Senator Joey Hensley (R-Hohenwald), would repeal that statute and label the child as illegitimate despite the couple being married and both consenting.

Terri Lynn Weaver posted a photo onto Facebook with her standing next to her Pastor, who was dressed as Aunt Jemima in full black face, and left the comment, “Aunt Jemima, you is so sweet.” In her apology, she claimed “I’m the least racist of anyone. Some of my greatest friends are black.” Terri Lynn is a singer-songwriter who claims to have three number one gospel songs and a female singer and entertainer of the year award from 1993, though the only reference for this claim is her own website.