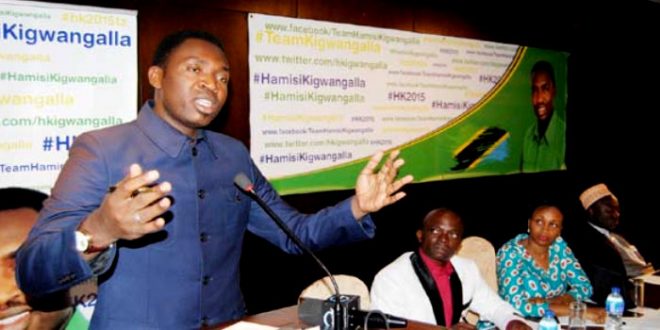 Tanzania announced plans on Saturday to publish a list of gay people allegedly selling sex online. This comes just days after the government shut down dozens of AIDS clinics accused of promoting homosexuality. Deputy health minister, Hamisi Kigwangalla [photo], wrote on Twitter that his government was investigating “the homosexuality syndicate” and would arrest and prosecute those involved in the gay sex business. “I will publish a list of gay people selling their bodies online,” Kigwangalla wrote. “Those who think this campaign is a joke, are wrong. The government has long arms and it will quietly arrest all those involved. Once arrested, they will help us find others.”

Tanzania, population 52 million, became independent from the United Kingdom in 1962. Christianity is the dominant religion and about one-third are Muslim. Tanzania gets nearly $600M annually in US foreign aid, more than any other African nation except Egypt, which gets $1.5B, and Nigeria, which gets $700M.