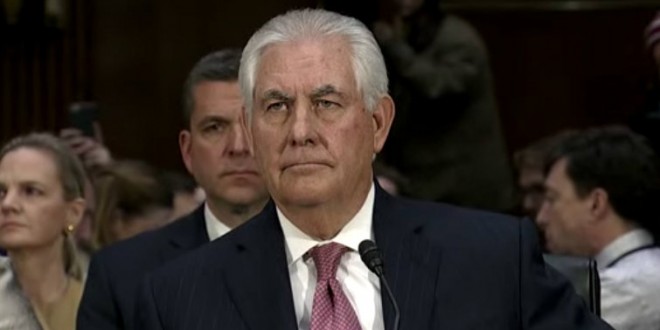 Rex W. Tillerson, the former chairman and chief executive of Exxon Mobil, was confirmed by the Senate on Wednesday in a 56 to 43 vote to become the nation’s 69th secretary of state just as serious strains have emerged with important international allies.

The many votes against Mr. Tillerson’s confirmation made his selection among the most contentious for a secretary of state in recent history, and he takes his post just as many traditional American allies are questioning the policies of President Trump. In the past 50 years, the most contentious confirmations for secretary of state were those of Condoleezza Rice in 2005, who passed by a vote of 85 to 13, and Henry Kissinger in 1973, who was confirmed 78 to 7.

Mr. Trump is the most unapologetically nationalistic president of the modern era who has questioned the value of many of the alliances and multilateral institutions that the United States has nurtured since World War II to keep world order. How Mr. Tillerson’s translates Mr. Trump’s vow of “America First” into the kind of polite diplomatic parlance that will maintain vital alliances will be a significant test.