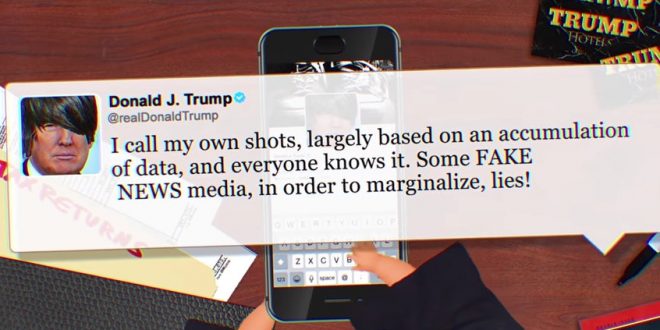 Popular YouTube comedian Vic Berger’s Super Deluxe channel today posted a compilation of Trump’s insane tweets sung in the style of an “early 2000s emo band.” Watch below. Top comment so far: “The best part is that you could play this at Hot Topic and no one would be the wiser.”

BONUS VIDEO: Here’s the latest “Sassy Trump” clip as voiced British actor Peter Serafinowicz, who is perhaps best known as the voice of Darth Maul or as the zombie roommate in Shaun Of The Dead.