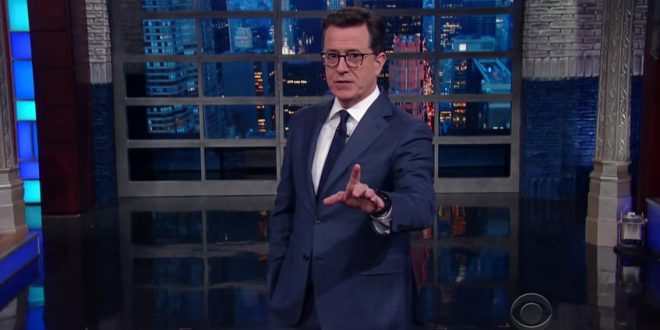 Alex Jones of InfoWars fame is currently enjoying a bit more notoriety these days in the mainstream media, thanks in part to headlines that recently suggested he has a direct relationship with President Donald Trump. The conspiratorial internet host was the focus of a segment on Wednesday night’s Late Show, as host Stephen Colbert debuted an impression of Jones that hit the crazed nail on the head. After showing a clip of an InfoWars segment in which Jones rants and raves about being a human male, the camera cut back to Colbert in the Ed Sullivan Theater doing a full-on impression: “THIS IS WHY YOU DON’T MIX STEROIDS WITH PEYOTE! THIS IS WHY! THIS IS IT!”