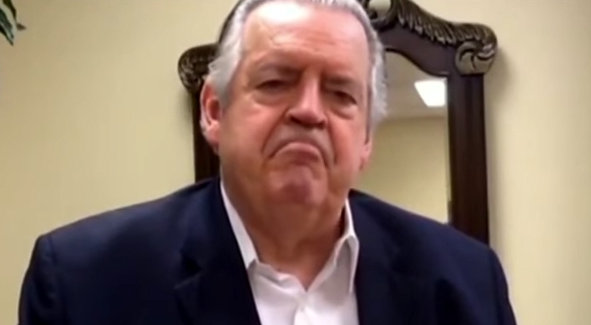 The Southern Evangelical Seminary’s Richard Land, who spent the last eight years relentlessly attacking the Obama administration and vowing to defy the president, is now voicing his deep concerns about those who dare to oppose President Trump’s agenda.

While appearing on TheDove TV’s “Focus Today” program yesterday, Land said that opposition to Trump amounts to “insurrection” and that the Trump administration is leading a “counter-revolution” aimed at defeating a “second American revolution” that he claims was fomented by the likes of former-President Obama and Hillary Clinton.

“What does concern me is that there is a new poll out showing that 35 percent of Americans are pure resistance; they are not going to accept Donald Trump whatever he does, they have made up their mind that he is not a legitimate president and they are going to resist him at all costs,” Land said. “Now, there is a name for that, it’s called insurrection.”

Previous DUCK AND COVER: Russia Secretly Deploys New Cruise Missile In Violation Of 1987 Arms Control Treaty
Next Propaganda Minister Conway Claims Somebody Else Retweeted A White Supremacist From Her Account