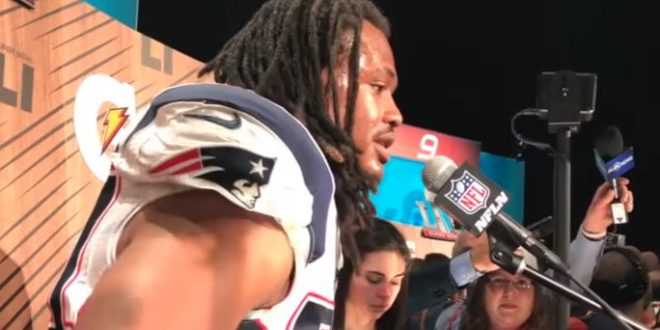 At least six members of the Super Bowl-winning New England Patriots have said they will not visit the White House for the traditional meeting that championship teams have with the president. Running back LeGarrette Blount, defensive end Chris Long and defensive tackle Alan Branch on Thursday became the latest to announce that they would skip the visit. Long posted on Twitter that he “planned on skipping” in response to a column in The Daily News that urged him to skip.

Blount revealed his decision on Fox Sports in a radio interview on “The Rich Eisen Show” later in the afternoon. “I just don’t feel welcome in that house,” Blount said. “I’m going to just leave it at that.” Branch told Sirius XM Radio that he planned to spend time with family. A day earlier, the Pro Bowl linebacker Dont’a Hightower bowed out when he told ESPN, “Been there, done that,” having visited with a championship Alabama team.

Tight end Martellus Bennett told reporters after the Super Bowl that he would not go: “It is what it is,” he said. “People know how I feel about it. Just follow me on Twitter.” The outspoken Bennett had joked that he might move to outer space after Donald J. Trump was elected.