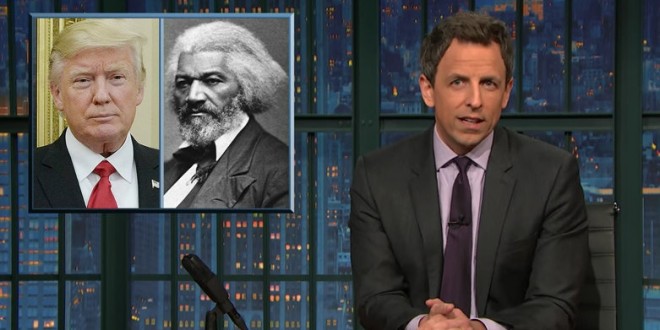 As President Donald Trump’s second week in office comes to a close, Seth Meyers told viewers Thursday night that it has been “as chaotic as his first.” And nothing was more bizarre than Trump’s introduction to Black History Month on Wednesday.

“Trump commemorated Black History Month by praising abolitionist Frederick Douglass,” the Late Night host said, “but from his comments, it seemed pretty clear that, not only did Trump not know who Frederick Douglass was, he also seemed to think that Douglass, who died in 1895, might still be alive.”