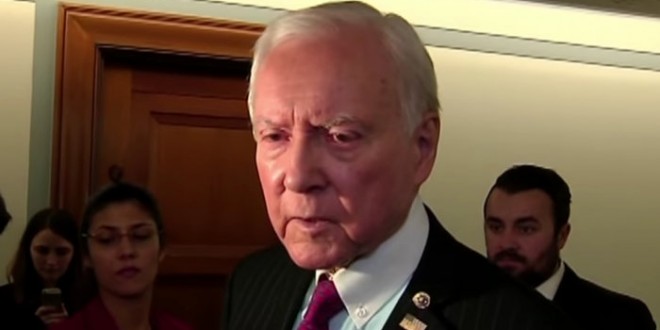 Republicans on the Senate Finance Committee advanced President Trump’s nominee for treasury secretary, Steven Mnuchin, and Trump’s nominee for health secretary, Rep. Tom Price (R-Ga.), on Wednesday with zero Democrats present. To do so required committee chairman Sen. Orrin Hatch (R-Utah) to suspend the committee rules, which normally require a quorum of at least one Democrat in the room in order to permit a vote.

Senate Democrats had refused to attend Mnuchin and Price’s hearings Tuesday in a boycott intended to delay to proceedings. Price “outright lied to our committee,” protested Sen. Sherrod Brown (D-Ohio) in reference to a report that Price received an offer to buy a biomedical stock at a discount, contrary to what he said in his confirmation hearing.

Previous CANADA: Fox News Apologizes To PM Trudeau For Falsely Identifying Trump-Loving Terrorist As Moroccan
Next Reuters Issues New Guidance On Trump Reporting: We Don’t Know What His Attacks On Journalism Will Be