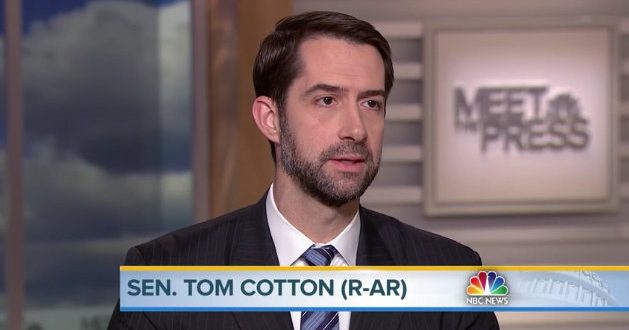 As the Senate Intelligence Committee probes Russia’s attempts to influence the last U.S. election, Sen. Tom Cotton, R-Ark., told Chuck Todd on “Meet The Press” on Sunday that he felt they would be getting “way, way getting ahead of ourselves” to say a special prosecutor was necessary.

“There’s no allegations of any crime occurring,” said Cotton, a member of the Senate Select Committee on Intelligence. “There’s not even an indication that there’s criminal investigations underway by the FBI as opposed to counter-intelligence investigations.”

“If we get down that road, that’s a decision that Attorney General Sessions can make at the time,” Cotton added. Cotton previously called for a special prosecutor to investigate the IRS while running for election against former Sen. Mark Pryor in 2014.

Democrats, meanwhile, have called for Sessions to recuse himself from inquiries involving Russia because he was one of the president’s most visible political supporters and campaigners — and is now a political appointee.