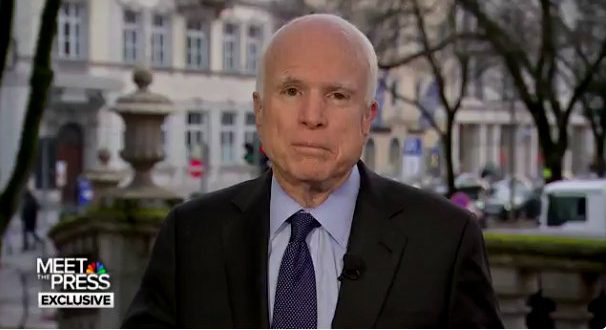 Sen. John McCain spoke out Saturday in defense of the free press after President Trump lashed out against the news media several times over the past week, at one point declaring it “the enemy of the American People!” Such talk, McCain (R-Ariz.) said on NBC News in an interview set to air Sunday, was “how dictators get started.”

“In other words, a consolidation of power,” McCain told “Meet the Press” host Chuck Todd from Munich. “When you look at history, the first thing that dictators do is shut down the press. And I’m not saying that President Trump is trying to be a dictator. I’m just saying we need to learn the lessons of history.”