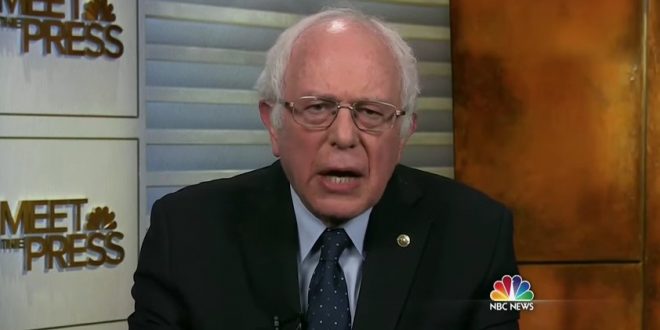 Bernie Sanders: Tea Party Activists Were The Actual Paid Protesters Thanks To The Koch Brothers [VIDEO]

Sen. Bernie Sanders bristled at the idea that liberal protests against President Donald Trump all over the country are analogous to the protests and demonstrations that marked the beginning of the tea party movement.

“It’s not a tea party because the tea party was essentially funded by the billionaire Koch brothers family,” Sanders said during an interview with NBC News’ Chuck Todd on Sunday on “Meet the Press.” “This is a spontaneous and grass-roots uprising of the American people.”

Sanders, a Vermont independent who ran for the Democratic presidential nomination in 2016, went on to say that there would be protests all over the country meant to pressure Republicans to answer questions on repealing and replacing Obamacare.

Previous How To Become Trump’s US Ambassador To Austria: Watch The Sound Of Music At Least 75 Times [VIDEO]
Next Trump’s Tweets As An Emo Song [VIDEO]