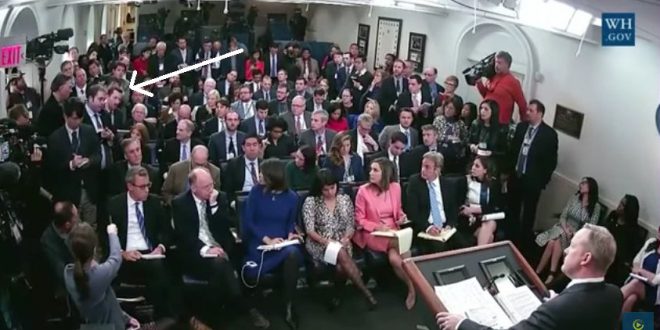 Sean Spicer: Trump Believes That Transgender Student Rights Should Be Left Up To The States [VIDEO]

RELATED: The question came from Washington Blade reporter Chris Johnson and I point him out with that arrow because to my knowledge he’s the only White House reporter from an LGBT outlet. Standing to Johnson’s right is repulsive Breitbart reporter Matthew Boyle, who today asked Spicer about Trump’s position on the dissolution of the European Union. Because of course.