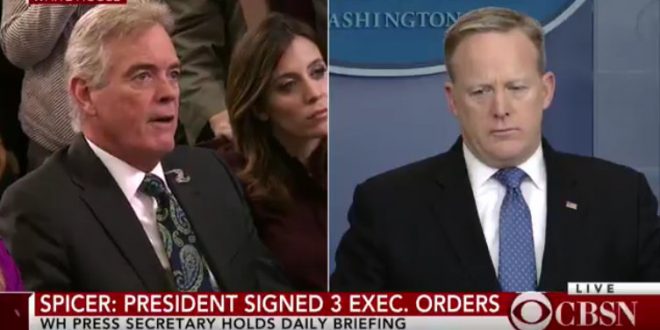 Sean Spicer: Kellyanne Conway Has Been “Counseled” For Her Ivanka Commercial And That’s It [VIDEO]

Kellyanne Conway, a top adviser to President Donald Trump, was “counseled” after promoting Ivanka Trump’s clothing and accessory brand during an interview from the White House Thursday morning. “Kellyanne has been counseled,” White House press secretary Sean Spicer said during his daily briefing. “She’s been counseled on that subject.” Conway, in a Fox News interview from the White House, urged people to “go buy Ivanka’s stuff.”

The comments could run afoul with federal law that bars public employees from making an “endorsement of any product, service or enterprise, or for the private gain of friends, relatives, or persons with whom the employee is affiliated in a nongovernmental capacity.” It’s the latest in a string of ethics concerns raised about the Trump administration’s relationship with the family’s private businesses since he assumed office.

“She’s been counseled on that subject and that’s it,” Spicer says on Kellyanne Conway’s Ivanka Trump plug https://t.co/OTUmlnUM6u pic.twitter.com/3YWblvtlSC