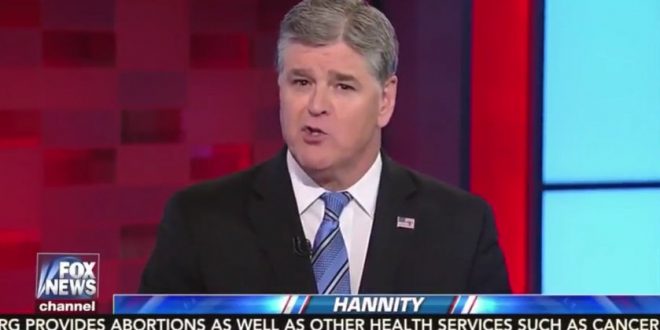 Sean Hannity tonight argued that people in the media worried about President Trump‘s “enemy” tweet potentially inciting violence need to consider the rhetoric from their own industry aimed at Trump. After all, he argued, Trump has been called pretty much every name and has been compared to Hitler more than once.

“If you call the president a Nazi or compare him to Hitler,” he asked, “are you inciting violence against him?” Hannity again decried how out-of-touch many in the media are and concluded, “To the whiny crybaby snowflakes in the liberal alt-left media that are worried about their safety, how about you lead by example and maybe stop calling the president and comparing him to Hitler?”