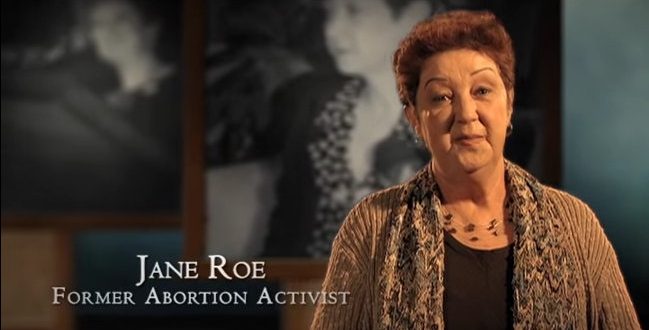 Norma McCorvey, who was 22, unwed, mired in addiction and poverty, and desperate for a way out of an unwanted pregnancy when she became Jane Roe, the pseudonymous plaintiff of the 1973 U.S. Supreme Court decision in Roe v. Wade that established a constitutional right to an abortion, died Feb. 18 at an assisted-living facility in Katy, Tex. She was 69.

Her death was confirmed by Joshua Prager, a journalist working on a book about Roe v. Wade. The cause was a heart ailment. Ms. McCorvey was a complicated protagonist in a legal case that became a touchstone in the culture wars, celebrated by champions as an affirmation of women’s freedom and denounced by opponents as the legalization of murder of the unborn.

Ms. McCorvey fully shed her courtroom pseudonym in the 1980s, lending her name first to supporters of abortion rights and then, in a stunning reversal, to the cause’s fiercest critics as a born-again Christian. But even after two memoirs, she remained an enigma, as difficult to know as when she shielded her identity behind the name Jane Roe.

She admitted that she peddled misinformation about herself, lying about even the most crucial juncture in her life: For years, she claimed that the Roe pregnancy was the result of a rape. In 1987, she recanted, saying that she had become pregnant “through what I thought was love.”

Norma McCorvey, Jane Roe of Roe v. Wade, Passes Away: She Never Had an Abortion and Became #ProLife https://t.co/1TZaShBRbz pic.twitter.com/NkcMpjmoIr

BREAKING: Norma McCorvey aka Jane Roe has died at 69. Her case was used to legalize abortion in the US, then she became a #prolife activist.

BREAKING: Norma McCorvey, known as 'Jane Roe' has died at the age of 76. We honor her by remembering what she really stood for.#ProLife pic.twitter.com/Jg289Ht1Me