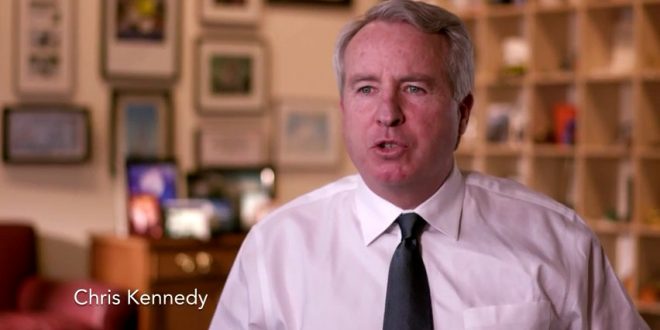 “Today I am announcing my run for governor because I love Illinois,” Kennedy said in a statement. “But we have never been in worse shape. We don’t need incremental improvement. We need fundamental change in state government.”

Kennedy said it was time for “Illinois to again embrace the American Dream, the notion that we are a country and a state where anyone can make it and where unlimited opportunity is the promise of our country.”

A video the campaign posted shows images of Republican Gov. Bruce Rauner, who plans to seek re-election next year. Kennedy doesn’t mention Rauner by name but says that he believes “in working with others, not telling them what to do” and that “compromise is not surrender.” Rauner has been locked in a lengthy budget stalemate with Democrats who control the General Assembly.

Previous Trump Lashes Out At Nordstrom For Dropping Ivanka’s Line: She Has Been Treated So Unfairly, Terrible!
Next Trump Boasts To Police Group: “I Comprehend Very Well, Better Than I Think Almost Anybody” [VIDEO]